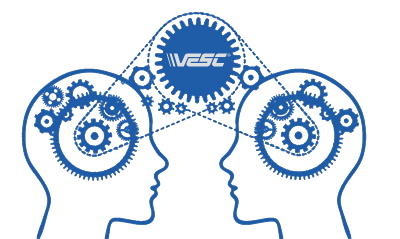 Understand our ethos, join in and be part of a revolution in motion

The Vesc-Project invites you to join in, share your knowledge, code and ideas. For this reason the code of VESC-Tool and the VESC firmware are published under the GPL V3. This allows you to work with the code, tweak it to your project needs, add extras and share your achievements with others, so that they can learn from your skills & achievements and vice versa. Open Source code allows you to understand how things actually work and in consequence it helps you to educate yourself and others.

We believe that software source code and code changes should be visible, just like physical objects are. Problems can be solved and those solutions will not be hidden from others. In consequence you can focus on your task without solving issues that have been solved by others already.

The VESC-Project is meant to be the home of VESC-Tool, the VESC firmware and upcoming VESC-software products. If you wish to participate, your are more than welcome to do so. The idea is to improve the software through collaboration for the benefit of everyone.

Code contributions should be made via Github if possible. This enables everyone to send pull requests and precisely see the changes that have been made. Code published elsewhere should contain a .git folder to show good practice. Code changes should always be easy to spot.

If you are not coding but have good ideas that contribute to the project:

In the past we have seen that people forked the software and published executable versions elsewhere. We don't think that this an appropriate way to make features available! There are many good reasons for that.

1. The VESC-Project is a place with doors wide open. This is an invitation to step in and join the community. We want developers to work on a single, consistent release that is published through the VESC-Project itself.

2. Working together outputs more and better ideas faster. OS-Projects bring people in touch with each other that share similar ideas and interests. Be sociable! The VESC-Project aims at connecting people.

3. We want to see the software evolving towards the most consistent code base that interacts with another in harmony. In consequence code you add should be compatible with implementations existing already and  those that are due to come. Working together on a single release enables everyone to take future changes into consideration and work towards a consistent code base.

4. In consequence we do not believe in public forks that are only a fraction different to the official release, with some added features that do not consider the greater picture! It is not good for the community and the project itself to release such software to the general public elsewhere.

5. There are numerous apps that interact with VESC-Tool and the VESC Firmware. App developers will prefer a common code base everyone can agree on. Features allowing mobile apps to interact should be coded in a way allowing other app developers to make use of them as well.

6. The VESC-Project has costs to shoulder and donations are one way to enable us to run the project and supply the vast code base everyone profits from. Forks that differ only a fraction, asking for donations for the entire derived and published software package are giving users a distorted impression about the share of work involved. This not considered a good practice.

7. Over time solid documentation will build up and people will use it to get started or to solve problems. A derived work may differ and the documentation that is provided on the VESC-Project website will be less helpful if different forks exist.

8. Open source projects should be treated with care and respect. There is a lot of work involved and licensing the code under the GPL is a big gift to the community. We want to encourage everyone to participate in a way that allows the software to stay as compatible and consistent as possible.

9. A fork can not use the trademarks owned by Mr. Vedder or any other trademark owners without holding a license to use the mark (s). Please refer to https://vesc-project.com/trademark_policies

Will be followed up and are no fun. Read the GPL V3 license contract with care.
Note: According to section 8 of the GPL V3, copyright holders of code may explicitly and finally terminate your license to use their code!

Please use the forum section "VESC-Project" to debate the project or make suggestions: http://vesc-project.com/forum/13